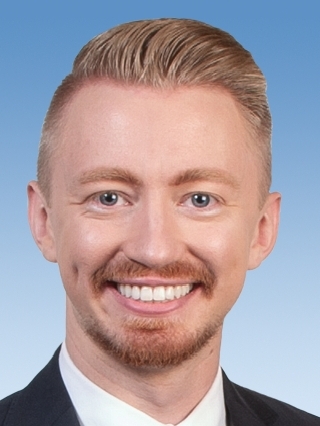 The weather bug bit Josh Cozart at a very young age. Meteorology didn’t always interest him, but started off as a fear when growing up in Wichita, Kansas. That fear transitioned into a fascination when Josh was in the sixth grade. His boy scout troop went on a camping trip when a powerful storm moved overhead. Spending the night out in the elements helped jumpstart his love for weather. From that moment on Josh spent countless nights watching the local weather forecasters on television covering everything from tornadoes to blizzards.

Many of Josh’s classes while in school consisted of science, mathematics, and of course meteorology. Josh graduated with a bachelor's degree in Meteorological Studies and a minor in Broadcast Communications from Metropolitan State University of Denver in spring of 2018.

While Josh was in school, he worked as a weather producer and social media weather forecaster for WeatherNation TV based out of Denver, Colorado for nearly three years. Hurricanes, floods, fires, tornadoes and blizzards were a constant topic of coverage when forecasting for the entire country.

Working for a national network helped Josh gain a lot of forecasting knowledge on top of his schooling, but he wanted to eventually get into local news. Josh spent a year forecasting and reporting extreme heat, floods, and bone chilling conditions in Quincy, Illinois at KHQA News. This is where Josh was awarded as Iowa’s first place winner in “Best Weather Coverage”.

After spending nearly ten years in the Denver area, Josh knew he needed the mountainous terrain back. That’s when Josh joined the NBC 16 News Team as their evening meteorologist in July of 2019. Josh is excited to take on the challenges the Pacific Northwest has to offer. When Josh isn’t in front of the green screen you can find him on a hike taking pictures of this beautiful state we call home.