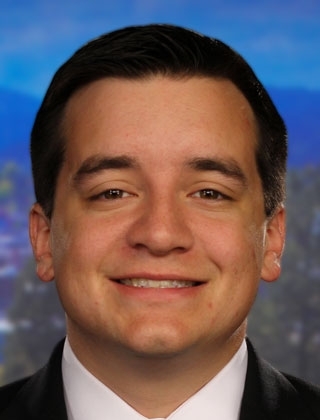 Hayden Herrera is new to the Pacific Northwest after spending his entire life in the South and Midwest. He's had a passion for journalism since he was three years old.

Born in Springdale, Arkansas, Hayden's first job in television was at age 17, as a production assistant at the NBC affiliate in Fayetteville, Arkansas. It was there that he learned how a newsroom operates. While in Fayetteville, Hayden got several chances to shadow reporters, including a trip to Kansas City, Missouri, where he helped shoot a feature story on MLB All-Star Torii Hunter. During his time at the University of Arkansas, he learned to write, shoot, and edit news stories. He was also named as a news anchor for UATV, the campus news station.

In September 2013, Hayden got his first sports job in Joplin, Missouri, for the NBC affiliate KSNF. In his time there, he got the chance to cover a wide range of sports, from the Kansas City Royals reaching their first World Series in 30 years, to the Cotton Bowl in Dallas, to NASCAR at Kansas Speedway. In addition to anchoring and reporting ,Hayden also got the opportunity to produce and host a 30-minute coaches show for Missouri Southern State University basketball for the past two seasons.

Hayden is enjoying life in Western Oregon, you can find him running around the numerous trails in Eugene, often with his black lab, Penny! He also enjoys hiking the wide variety of mountains in the area. You can follow Hayden on Twitter or feel free to email him with an interesting sports story.