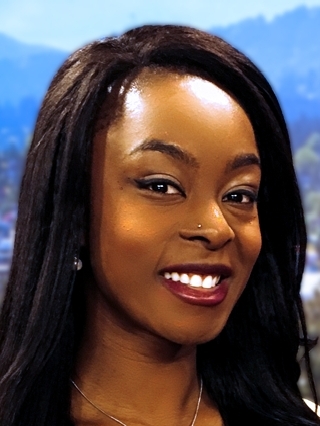 Christelle joined the news team in November 2016 covering the South Coast. She previously worked at CNN as a Production Assistant in New York City and in Portland as an anchor for an online news agency.

Throughout her journalism career, her roles alternated between anchor, reporter and producer.

Originally from the Ivory Coast in West Africa, Christelle has also lived in Tokyo, Paris, and the United States.

She is fluent in both English and French, and proficient in Spanish.

She is thrilled to be here and to explore what the Willamette Valley has to offer.

Christelle is inspired to tell human stories and thinks journalists, at their best, have the ability to depict and share with the world stories that illustrate the human character.