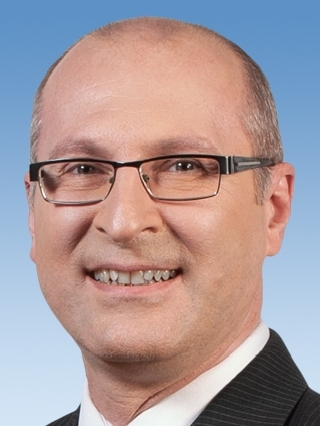 Alan Matthews spent his entire life in the Midwest before packing up the family and heading west to join KMTR as a morning anchor. His broadcasting career has spanned over 30 years, working for numerous stations in Illinois and Missouri.

Broadcasting was a career path that Alan wanted to pursue since he was a young boy. His grandmother bought him a reel-to-reel tape recorder, and he would practice by recording reels of fake broadcasts. Alan got his first job in broadcasting shortly after high school, covering school board and city council meetings for the local radio station. He studied broadcasting at Waubonsee Community College and Eastern Illinois University before switching to cinema/photography at Southern Illinois University. After college, Alan worked at various radio stations as well as working as a DJ for weddings.

Alan made the transition from radio into television during a stint in Jefferson City. His first on-air job was weekend weather for KRCG. After spending less than 2 years there, he moved to Joplin to work at KODE on Good Morning Four States. He started with weather, but the responsibilities grew over the years, in which he would also become the Executive Producer of the show. During his 17 years at KODE, he had the opportunity to interview hundreds of people including government & local officials, event organizers, and celebrities. While in Joplin, one of the biggest stories he covered was the 2011 Joplin tornado that killed 161, destroying a good portion of the town including his own home.

When not covering the news, Alan enjoys spending time with his lovely and talented wife Claire and their three dogs, Shimmer, Trixie, and Luke. Alan is a big movie and music fan, attending live music events and going to the theater whenever possible. He also likes to attend sporting events and cooking. He's a fan of the Chicago Cubs, the Seattle Seahawks, and due to his wife, the Kansas City Chiefs (after they were no longer in the same division with the Seahawks).

Alan and Claire are eager to explore the gorgeous scenery that Eugene and Oregon has to offer. And Alan is excited to be part of your mornings with News Source Today.